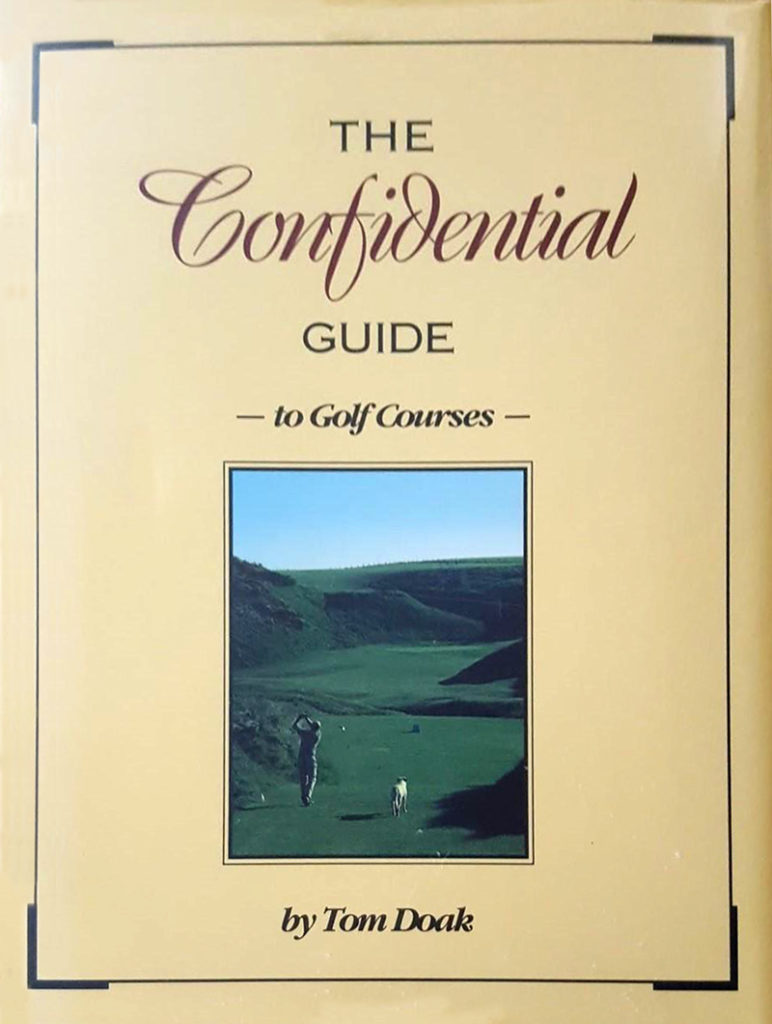 The Confidential Guide to Golf Courses

In the late 1980’s, after several years of relentless travel to study all of the best courses I could see, I sat down to write short reviews of each course, so that my friends in the golf business wouldn’t have to call me to ask which courses they should see on their next trip to Scotland or Long Island or wherever.  After a trip to Australia in 1988, I figured I had seen enough to be thorough, so I printed 40 copies on my dot matrix printer, and mailed them off to the people who had helped me get a start on my career.

Because the book was written for friends only, and intended to be CONFIDENTIAL as the title proclaimed, I wrote quickly and honestly about more than 700 courses around the world — praising the hidden gems, calling out the courses I thought were overrated, and poking fun at weird designs or bad courses that my readers would never bother to see. Just like Bill James’ BASEBALL ABSTRACT, on which THE CONFIDENTIAL GUIDE was modeled, the book was a sensation, because you don’t see such reviews in the golf magazines, who would never risk offending a potential advertiser.

By 1994, with a couple of stalled projects bogging down my design career and a wife and child and two associates to feed, I made the decision to print a limited edition of 1,000 copies of an updated Confidential Guide, and sell them by mail, for $100 each. Even in the days before the internet, I somehow sold 800+ books to people who had read about it and wanted a copy.

In 1996, my friend Brian Lewis at Sleeping Bear Press convinced me to publish the book in the mainstream. I was hesitant to do so because I knew there’d be a backlash about some of my biting reviews, but I couldn’t self-censor the thing that had made the book a compelling read, and as my friend Ron Whitten pointed out, everyone who was going to be upset was already upset, even if they hadn’t seen it. Plus, the chance to do an edition with all of my best photos of the courses I’d seen was too enticing. Twelve thousand copies were sold, but then the book went out of print, and the controversy dwindled as my design career started to overshadow my controversial book.

In the early 2000’s, the book made another comeback, as eBay pushed up the price of second-hand copies . . . and the price took off into the stratosphere when The Wall Street Journal published a feature about the book. For years afterward, people would pay $500 to $800 for a book with 12,000 copies in circulation! There was clearly still a demand, but I was too busy building golf courses to worry about it, even though I’d keep my reviews up to date as I continued to see new courses.

Finally, in 2014, I decided that if I was ever going to get to all the courses I still wanted to see, I’d better start doing it — and the revival of The Confidential Guide would be the perfect impetus to make me go.

Despite the years of controversy, the new edition of the book does the same as all previous editions: it draws attention to hundreds and hundreds of interesting courses in all corners of the globe, no matter who designed or developed them, and makes recommendations as to which of them are worth your time and money to seek out. That’s a valuable service to golfers who travel, and I’m proud to have stuck my neck out to provide it.